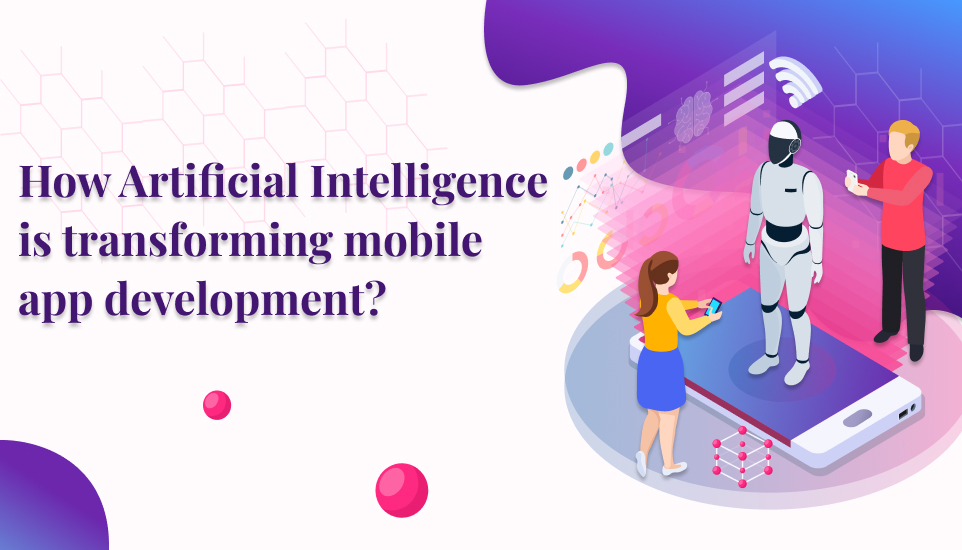 Over the past few years, Artificial Intelligence (AI) has created an extensive impact on the way humans communicate with machines, and the market for experiences that are more tailor-made to the individual user is expanding every day. Artificial Intelligence (AI) is a computer technology that gives machines the capacity to act and respond to commands in a much more humane way. AI is able to behave more humanely because it adopts human reasoning and can learn from previous user experiences and interactions. In simpler terms, AI analyzes previous experiences and then changes their response to better suit users.

The world of mobile app development has continuously developed and improved over the past decade due to the growth of Artificial Intelligence in conjunction with ever-increasing user engagement. Most of the mobile app development industries today recognize that AI and machine learning are the most prominent thing in the technological world that is remodeling the way we communicate with the world around us. Today everything from media to chatbots and virtual assistants, to advertising and automatic self-driving cars are adapting and following our behaviors through the use of artificial intelligence technology and Machine Learning. An experienced mobile app development company understands that today, the personal and imminent experience is not only important for our personal use but is a must in the business world as well.

This is a technology where machines act without programming. They do this by analyzing previous experience and then predicting the next move. A real-life example of such is a robot that analyzes the stock market by examining previously recorded trades and then predicts new ones that go successful in the coming days.

AI is used to give a machine the capacity to capture and analyze visual information. So, an AI can understand and listen to things just like a human. Then this AI analyzes and reacts according to the provided information.

These are AI-powered bots which can communicate with users in such a way that humans can. They learn from previous experiences. The basic concept behind this is that if humans don’t want to communicate with someone, they can use these chatbots

Now, we have many mobile applications that use AI to recognize your voice. You can give commands using this feature. Apple is the pioneer in this field as it has integrated Siri with IOS mobile devices. She can recognize your voice and command and even personalize the phone for a better user experience.

Perhaps one of the most common and popular advancements in Artificial intelligence and machine learning is the use of voice search tech and voice commands. Before, customers used browser search bars to type in their queries. Today, it has become as easy as asking your virtual assistant to explore something for you. Instead of logging in to the computer, or unlocking a smartphone, something as simple as “hey google what’s the best restaurant near me” gives users the quick answer they seek and points them in the direction of their business. You can even respond to text messages without typing thanks to a voice command.

AI is currently used to analyze user management to give insight into the user. AI can differentiate mobile applications from what users are looking for and how they are using their mobile apps. Mobile app developers can use this info to make changes for better user engagement.

AI can examine large bits of data that humans can’t. Imagine there is a huge sum of data on the feedback of app users. You can technically create a program to read all feedback.

Mobile is already marketized as personalized for each user. However, most mobile apps are the same for everyone. Lately, Flutter mobile app development has boosted user experience by personalizing their applications according to user behavior.

As AI can examine big amounts of data, the technology of android app development, and iOS app development can connect with the users on a deeper level. They can save their user’s behavior and give the users more control over themselves. Amazon’s Alexa and Apple’s Siri are already in the process of doing so.